Does it feel like your Inner Critic controls your life? 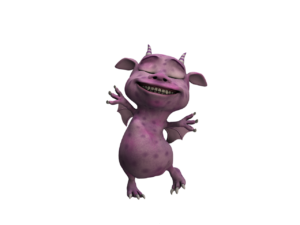 Does it seem like you and your Inner Critic are operating with two separate agendas and Inner Critic usually wins? If you should make that intimidating phone call, what you should or shouldn’t eat if you should exercise or not.

And, isn’t it ironic that you need to have confrontational conversations with your Inner Critic?!

Who Are You Hanging Out With?

Obviously, you don’t have any choice about this. What if your Inner Critic isn’t allowing you to have, do, and be the things that you really want? So what does Inner Critic do to keep you in control?

Inner Critic probably starts the conversation by telling you that it is OK to think about something – knowing full well that based on the previous experiences you won’t take any action. Then as you proceed to spend more time and effort moving closer to your goals – Inner Critic will give you the feelings of fear and anxiety. If that doesn’t get you to stop Inner Critic can send a full on panic attack!

You must know that Inner Critic WILL do this and head the self-sabotaging efforts off at the pass as the saying goes. Acknowledge the feeling but tell Inner Critic that everything will be OK – You have this under control….LOL ~ even if that’s really not how you feel at the moment!

A couple of examples of a typical You vs. Your Inner Critic conversation…

How many times have you started a diet in the morning only to be off it before dinner? You begin the morning with the very best of intentions and willpower. You are determined that this time will be different! This time you will not give up or fail!

You made it through breakfast; you even passed up the treats at coffee break. By lunchtime, you are feeling frustrated. Dinner time rolls around and Inner Critic is starting to act like a naughty toddler in the candy aisle at the grocery store.

The battle of You vs. Inner Critic is in full swing. Inner Critic says, “I want! I want! I want! Give it to me now!” You can actually feel the internal struggle. You courageously insists, “No, I can’t, I really shouldn’t, I’m on a diet”. The tug-of-war rages until there is a winner, and that has usually been Inner Critic, because…

Inner Critic has been accustomed to getting Its own way!!

At this point, you usually throw in the towel, stop resisting, succumb to the pressure, and eat the object of Inner Critic’s desire.

Inevitably, while you are eating the tasty morsel or almost immediately afterward, the thought crosses your mind, “How could I be so stupid!?” Then Inner Critic helpfully chimes in, “Well, you blew it, so you might as well pig out the rest of the day. You can start again, tomorrow. Tomorrow will be a better day. Tomorrow is D-day!” Your Inner Critic is secretly thinking “Yeah, D as Deprivation or the first three letters of the word Diet!”

Think about the fear as not being able to see the next step(s) that you need to take to reach your goal.

Accept that THIS IS A NORMAL reaction!!

Any idea, plan, purpose may be placed in the mind through repetition of thought

P.S. I love this bracelet. It is such a good reminder of I Create My Life Today 🙂